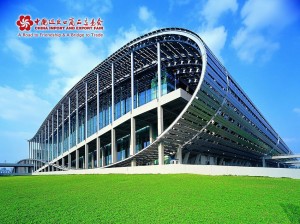 Studio STOUT joined the Dutch Design Trade Mission to the Canton fair in in October 2011.
We participated in the Dutch Paviljon to promote Dutch Design in generall and of course Studio STOUT  especially.
We met a lot of nice people and some good business contacts. It was a very nice experience. We love China !

A summary of the event:

In April and October 2011 a delegation of Dutch designers and design bureaus led by BNO and Syntens travelled to China to participate in the Canton Fair. The aim of the missions was to generate commissions from China for Dutch designers.

The aim of the missions was to generate commissions from China for Dutch designers. The Canton Fair takes place twice a year and is China’s biggest import/export event and boasts no fewer than 22,000 exhibitors. The Chinese government supports the fair’s Product Design Center (PDC), which was established to stimulate interchange and cooperation between exhibitors and foreign designers in order to develop higher-quality products.

The missions’ positive outcomes demonstrated the fertile market opportunities for Dutch designers. Dutch design received attention in various Chinese media, including national television coverage. Five deals were already sealed after the first mission in April and several designers invested in a follow-up visit, because of the good business prospects that presented themselves.